This is the first part, in a multi-part series on Afghanistan and the current state of geopolitics in the region by George McMillan.

Patreus’ and the other agencies to “use money as a weapon” strategy is the root of the disaster in Afghanistan. The handing out of free money has caused the Uzbeks, Tajiks, Hazara, and moderate Pashtun to move into Kabul where they are now being surrounded with the distinct possibility of being executed en masse in the not-too-distant future.

GEN Franks had a good military strategy in 2001-2002 of using the Northern Alliance Uzbeks and Tajiks to overthrow the Sunni Pashtun Afghan Taliban out of Kunduz, Mazar, Kabul, and Kandahar, but with the helicopter money of the ‘growth with equity’ Great Society programs of the overly optimistic SES class of Washington, the Uzbeks, Tajiks and Hazara were drawn to Kabul in larger and larger numbers over the 17 yearlong period that the US has been in Afghanistan.

While the population of Afghanistan has grown considerably, and possibly even doubled since the US invasion, Kabul has grown from an estimated 1 million in 2000 (population estimates vary widely) to an estimated 4.5 million in 2021, if not substantially more. People from around the country have been migrating to Kabul as the Regional Commands began withdrawing in 2013. If Kabul merely had a population growth consistent with the rise of the population of the rest of the country, the population would have only risen to 2 million at the most, but Kabul experienced at least a 4 X increase instead due to domestic migration.

The cause of the domestic migration is more than likely due to the security bubble of the large military footprint in the Bagram and Kabul areas along with the helicopter money poured out by the various US and Western government agencies and NGOs. Free money has created an enormous artificial economy with a highly dependent population instead of an organically developed economy.

Presently, the US and the West are withdrawing the massive security and social service footprint and are effectively pulling the rug out from under the feet of the local Afghan groups that would not have migrated here to Kabul otherwise.

This is one reason why I call Afghanistan a ‘do-gooder disaster,’ but the next reason is that the US chose a ‘growth with equity’ strategy as opposed to the much more pragmatic and simpler primary sector export-led growth strategy popular in the bygone early industrial era discussed in the next section.

In terms of the history of Economic Development Theory, the present Western government of do-gooders were taught to dislike primary sector export-led growth strategies by such popular textbooks as Wilber and Jameson The Political Economy of Development and Underdevelopment. (1995)

The primary sector export-led growth strategy was associated with the bygone colonial and early industrial eras where businesses would go to the underdeveloped world and extract minerals and other raw materials that were needed for Northern factories with an economically viable minimalist footprint.

The “growth with equity” craze came about during the 1960s and 1970s as it became apparent Marxist systems had abysmal technological innovation, growth rates, and modal living standards that were far below Western standards.

The dismal technological advancement record and economic growth rates of Communism governments in Eastern Europe and Asia, along with the dismal records of market Socialist governments in Latin America, combined to shift the center Left in the West toward the neo-liberal Great Society programs of the 1960s, which merely add redistribution policies onto the existing Capitalist mixed economies of North America and Western Europe.

The gravitation of the Center-Left towards internal ‘growth with equity’ strategies became even more favorable after the collapse of Communism in the early 1990s as the center Left needed a more palpable form of Socialism that would also work as a political compromise with neo-conservative interventionists.

This compromise has led to a dual savior complex of neo-conservatives to save the world via free markets and neoliberals who wish to save the world by exporting social services. The combination is leading to a trajectory of $35 Trillion accumulated national debt in the United States that is not sustainable without inflation in the present, and rampant inflation in the future, but pertinent to Afghanistan, the US has completed a $2 Trillion ‘growth with equity’ disaster in Afghanistan with little permanent infrastructure to show for it.

Professor Danusha Goska’s comments in “Why I am no longer a Leftist” is apt for this Afghanistan.

“Listening to this song that night in the Momo Cave, I thought, that’s what we leftists do wrong. That’s what we’ve got to get right. We focused so hard on our good intentions. Before our deployment overseas, Peace Corps vetted us for our idealism and “tolerance,” not for our competence or accomplishments. We all wanted to save the world. What depressingly little we did accomplish was often erased with the next drought, landslide, or insurrection.”

Kabul is now effectively a ‘blue city’ that grew four to five times from its pre-invasion level to six million people who were drawn here due to the free money from social services and NGO handouts, the safety of the security bubble and artificial economy that allowed ethnic groups with historical enmities to get along reasonably well under these favorable conditions.

The question is what happens if the Sunni predominantly Pashtun Taliban lay siege to Kabul and cut off food and fuel logistical supplies as the artificial economy and the security bubble all leave with the US military and diplomatic departures? One can expect that under the conditions of scarce resources and reduced electrical power that ethnic violence could rise considerably, especially if the lights go out in Kabul.

As Professor Christine Fair says in her numerous lecture videos, “the problem in Afghanistan has always been who is going to pay for the government?” ( Christine Fair: Pakistan, the Taliban and Regional Security, Mar 5, 2015.

After spending $2 Trillion in Afghanistan, there is still no viable primary sector export-led growth economy—in a country that has an abundance of minerals with relatively treeless geography conducive to strip mining with minimal negative environmental effect, during a time period where the electronic devices that use the rare earth metals are becoming ever more popular. (CaspianReport, “Afghanistan sits on $3 trillion in minerals.”

Rather than developing a strategy to mine the rare earth minerals and exporting them through the Central Asian “’stans” to Russia, China, or Azerbaijan and Turkey to the North, the US apparently tried to wait until the conditions improved in the Pashtun Taliban areas that exist in both Afghanistan and Pakistan, which everyone in the region knew then was highly unlikely since the Pashtun want to restore the Durrani legacy of controlling an Afghanistan that stretches from the Amu Darya River to the North, to the Indus River that is currently in Pakistan, down through Baluchistan to the Arabian Sea, which is also part of Pakistan.

The chances of the conditions improving to develop a primary economic sector in Afghanistan centered on the extraction and export of rare earth metals through Baluchistan, Pakistan was not feasible in the previous decade and is significantly less possible now that the Taliban have recently taken the border control point at Spin Boldak.

Probably due to the involvement of too many government bureaucracies, it appears that the US chose a large military footprint and a high level of social spending in expectation of achieving a ‘growth with equity’ ideal, but instead of having the best of both worlds it seems in retrospect that the US chose a policy strategy that achieved neither sustainable growth or equity, and in reality fostered Auty’s (1994) “resource curse” associated with a primary sector mineral extraction economy, by giving vast sums of money to a corrupt and inefficient government. The US has seemingly achieved the worst of both worlds, while also putting ethnic groups together that have a long history of enmity in close proximity to each other in one city, and then after 17 years defunded both police/military assistance while reducing soft money assistance as well. In other words, the US has quite possibly induced the conditions for a dystopia, after spending $2 Trillion.

One can bet that the neighboring countries will not repeat the same mistake and will follow a primary sector export strategy, albeit more of a resource curse extraction strategy that makes the elites rich, rather than some sort of high internal investment sectoral development strategy needed to improve mass living standards of the Afghan people as-a-whole.

The combination of the shifting demographics induced by enormous free-money-handouts has not created the secular political and economic development that was hoped for, instead it has more than likely either set up a genocide or a civil war depending upon the degree that Iran supports the Shia Hazara with weapons to defend themselves or not.

And meanwhile, in Turkmenistan, Uzbekistan, and especially Tajikistan, the Russians have brought in a lot of heavy and medium armor and have started running large-scale military drills along the Afghanistan border in order to contain the fall out of the US departure and dystopian legacy of the Afghanistan endeavor. Where the US has taught the Hazara to be politically active, their existence will probably depend upon them becoming tactically active.

In the future, the US foreign policy should go back towards a minimalist footprint based on the simpler and more pragmatic primary sector export-led growth strategies over time instead of trying to replicate Western democracies in a single generation. In terms of modernization political and economic development theories, it appears that economic sectoral development must begin prior to the development of democratic institutions. The situation in Afghanistan is now suitable for civil war rather than peace and tranquillity.  ( See Caspian Report, “Afghanistan staring at the abyss”, Jul 30, 2021,)

To see how the neighboring countries view the US intervention in Afghanistan please take the time to watch Palki Sharma Upadhyay’s scathing portrayal of the US’s 17-yearlong “liberation” of Afghanistan. Palki Sharma Upadhyay argues quite bluntly that the US has a “savior complex” and has created a pending humanitarian disaster that could have dire destabilization effects in the region-as-a-whole. The neighborhood is furious at the United States. (See Gravitas: Buried under dollars: Cost of the Afghan war:  Jul 13, 2021,) 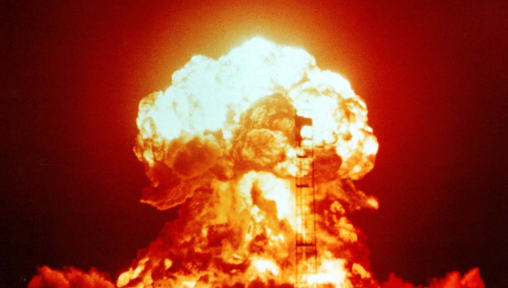 MEET UP THIS SUNDAY 7th of August

Video Coming Out Tomorrow on the 2nd US Civil War 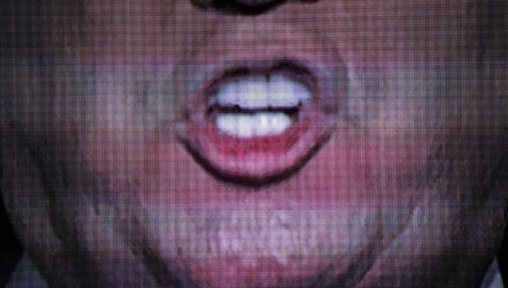 MEET UP THIS SUNDAY 1st of August 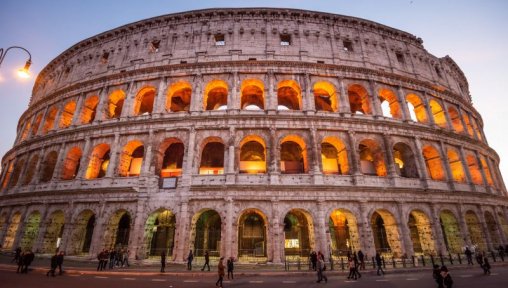 Video on Rome and its Echoes in America Coming Out Soon